In the 50's and 60's there were several companies in Germany and the US providing aftermarket parts for BMW motorcycles.  Notables from Germany include the firms of Ernst Hoske and Georg "Schorsch" Meier.  Both turned their passion for racing into business ventures.

One of the parts offered by both Hoske and Meier were aftermarket hubs.  As the plunger frame bikes up to 1954 utilized a 200mm half hub design, the width of the brakes on the stock machines was quite small.

Hoske offered a replacement full width aluminum hub.  Unlike the factory hubs which were fitted with drive splines front and rear, the Hoske front hub deleted the drive spline to save weight.

The Meier hubs are also full width and made of aluminum.  The front and rear hubs are identical with a drive spline in both.

Hoske also made lightweight versions out of Elektron (a magnesium alloy).  However when found today, these are often very corroded or have cracks in them. 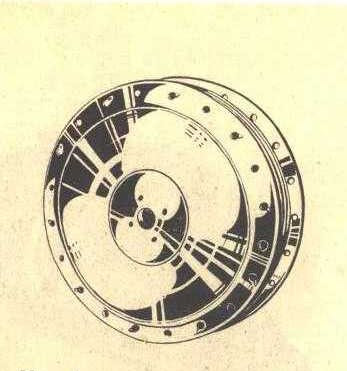 
﻿﻿﻿
﻿
﻿
﻿ Below is a photo (albeit not a great one) of the Hoske firms Prospekt for racing parts.  I have shown the page describing the available wheels, hubs, brakes, etc. 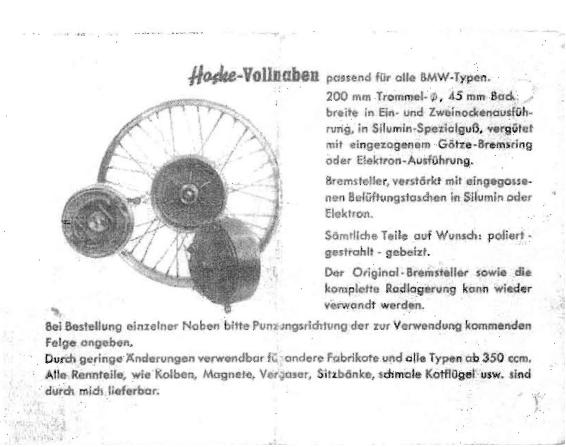 You will notice that the Meier hubs use a bent spoke, while the Hoske hubs use a straight pull spoke.  Both the Meier and Hoske hubs are equally desirable.
Posted by Scott Williams at 10:04 AM 4 comments:

Here is a project I am currently working on.  The posted pics are of the bike at the time I purchased it a few years ago.  Its an interesting bike, one that I like to refer to as a gentleman racer.  Obviously not a works machine, it started life as a civilian model, but then had some nice, and interesting upgrades added.  It looks to me as though someone went through the Schorsch Meier catalogue and bought nearly one of everything and put it on the bike.  It has high compression pistons.  The final drive gearing is standard.  I haven't yet torn open the gearbox, though I suspect it may be standard as well.

For now I will post pictures of the bike as I found it.  I will later add some photos of the restoration that is underway.  Comments welcomed and encouraged. 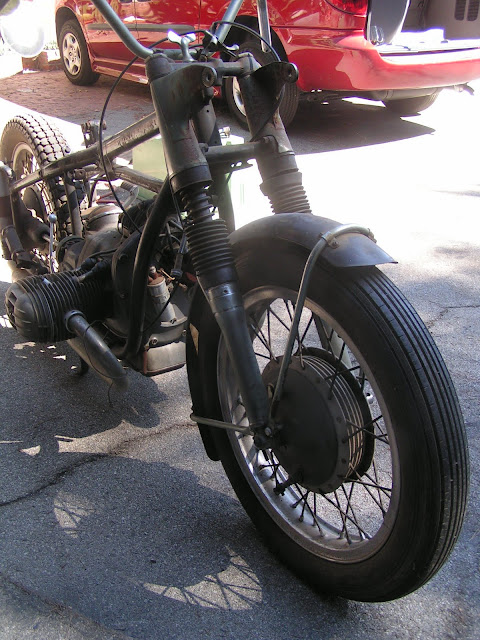 ﻿﻿
﻿﻿
﻿
﻿
I am part way through this restoration.  The wheels are rebuilt.  The bike is completely broken down.  Next step is to have the frame and forks painted, and then I can put a rolling chassis back together.

Unfortunately I only know the history back about 30 years.  It was owned by Rick Monahan of Black Kat in Venice Beach, CA from the early 80's until around 2001 or so.  Before the 80's not much is known.  I do not know if it was raced or was simply a sporty daily rider.

Progress on the restoration is slow, but proceeding.  The frame and fork parts are now in primer.  The Meier front fender has been straightened and primed.

The front fender is a little bit different than the stock.  For starters it is not valanced, and is considerably lighter.  It is much more like an R68 fender than an R51/2 fender.  Furthermore it is attached to the fender stays by chrome clips which are bolted to the fender.  Of course when I got it one of the clips was missing and the others were bent or rusted.

A tool and die maker friend made up a die and we made new clips. 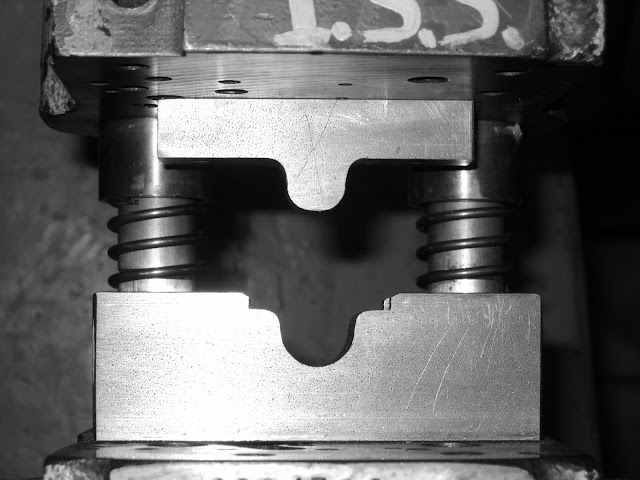