When Walter Zeller retired from racing for BMW he was given a spectacular gift.  The folks in the racing department had fabricated for him a one-off street legal kompressor.  The motor was a pre-war sidecar lump.   It was fitted to a custom tubular steel frame very similar to the RS54.  Of course the requisite headlight and taillight were included.  The story goes that Walter enjoyed the bike for several years before selling it to a school teacher who had lusted after the bike for quite some time.  After the death of the school teacher, the bike changed hands under questionnable circumstances.  It was recently sold to a dealer/collector in Germany.

Much to my surprise, and delight, the bike was on display at the recent Veterama held at Hockenheim.  See below for some pictures. 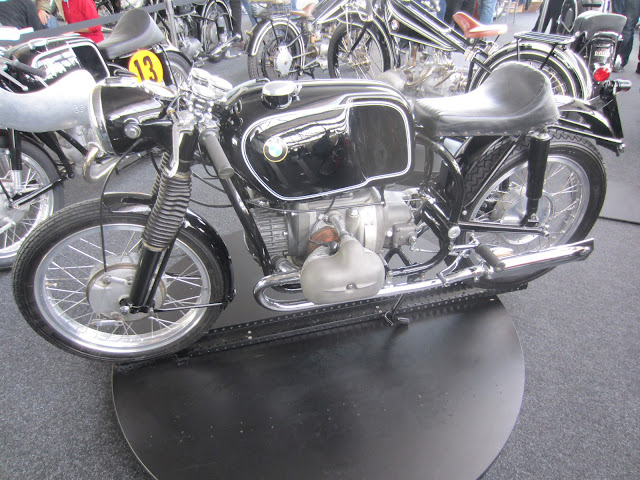 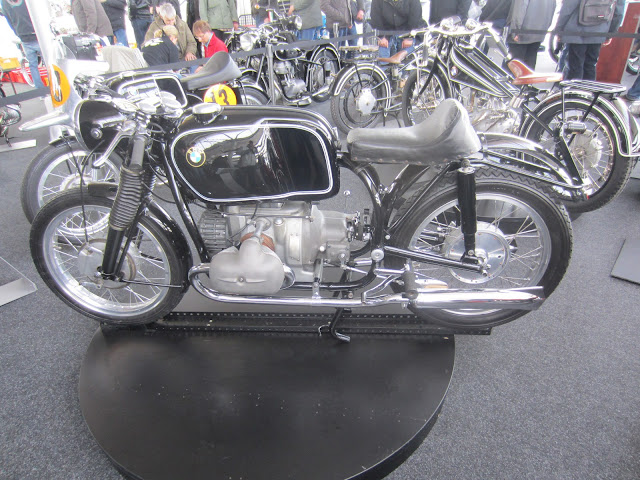 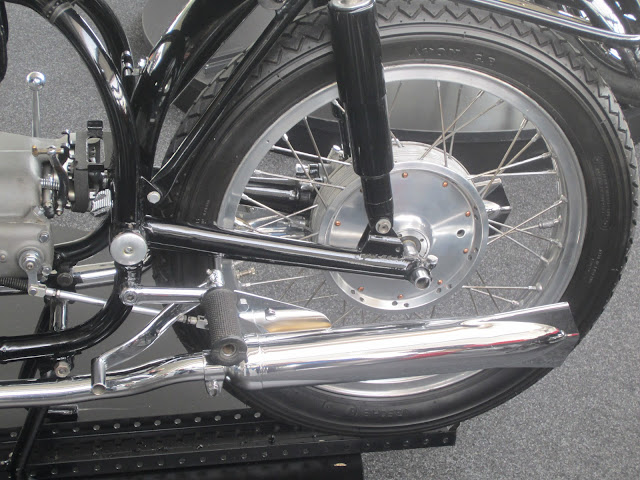 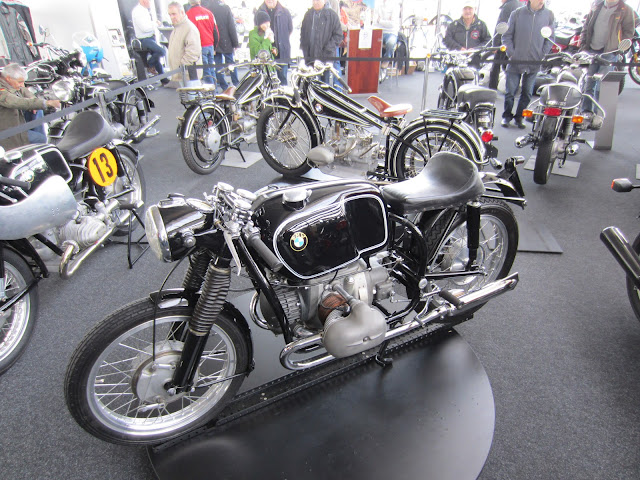 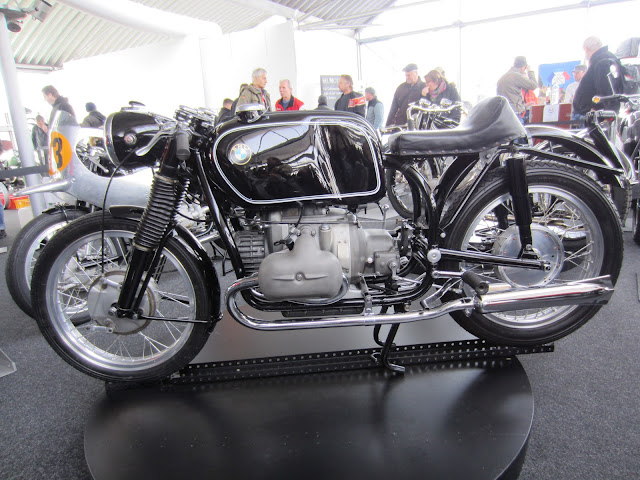 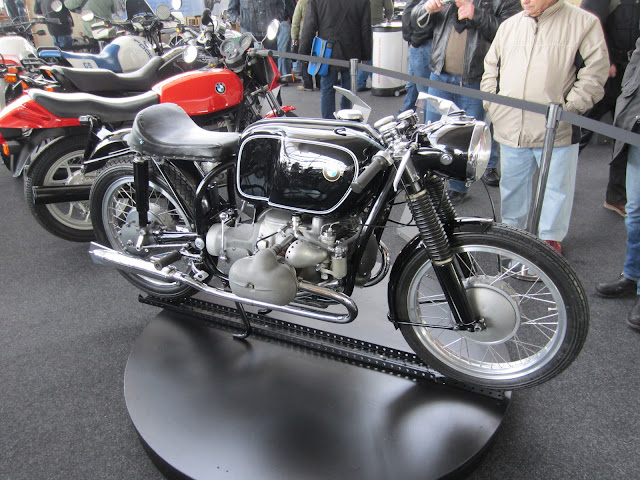 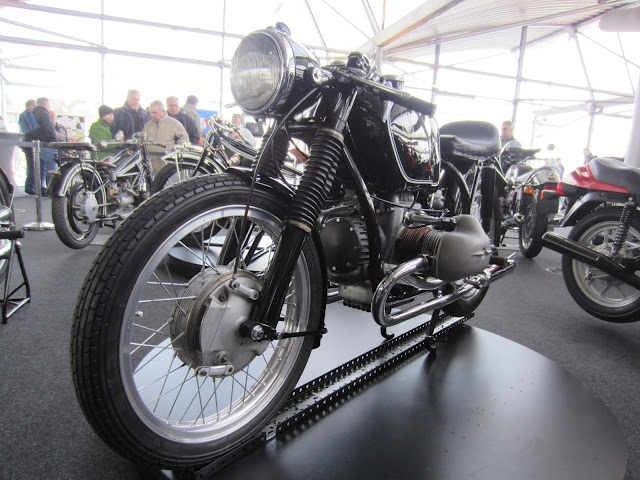 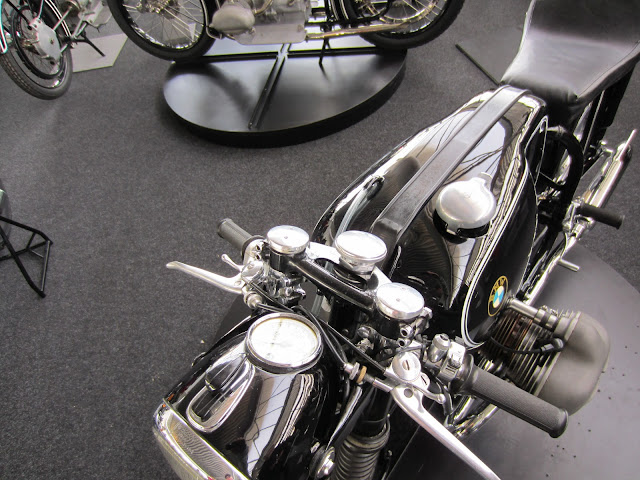 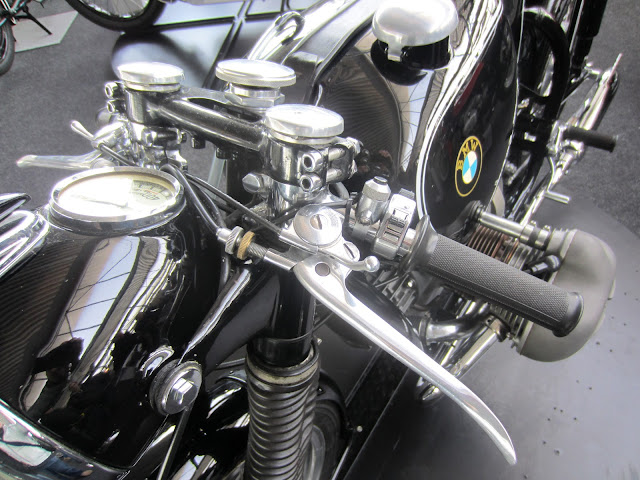 Posted by Scott Williams at 9:08 PM No comments: