The MAGURA company has been around for over 100 years and has been partnered with BMW since the first motorcycle rolled of the line in 1923.  The company, which is now involved in mountain bike components as well, has long supplied the clutch, brake and throttle controls for all manor of BMW motorcycles.

Beginning in the 50's (and possibly before), MAGURA controls were used on race bikes, in addition to civlian models.  While the civilian models were often heavier, clunkier cast or forged pieces incorporating various switches and levers. The race models were considerably lighter, and served a single purpose.

The clutch and brake levers (hebel) were made of flat aluminum stock, bent over a form and drilled, whereas the civilian models were a heavier forged part.  The perches where light, and almost delicate in appearance, and the throttle was simple, but effective. 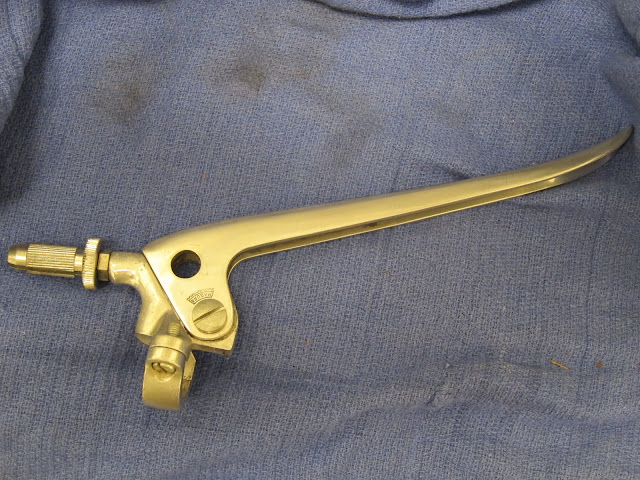 Note the rather simple and lightweight brake lever mount, with a simple clamp to attach to the bars.  You can also see from the picture the hollow nature of the lever itself.  Adjustment was rather simple.

Pictured above are two version of the adjuster mechanism.  I'll refer to them as the "sport" version on top and the "race" version on the bottom.

To adjust the clutch or brake cable with the sport version, one simply loosens the knurled ajustment sleeve until the correct amount of play in the cable is achieved, then the larger diameter knurled nut is loosened away from the hex nut and is used to lock the adjusting sleeve in place.

The "race" version allows on-the-fly adjustment without the rider needing to stop, or even slow down.  The cross shaped adjustment wheel has 4 detents, such that 4 clicks will move the adjustment sleeve in or out by one thread length (depending on whether its moved clockwise or counter-clockwise). 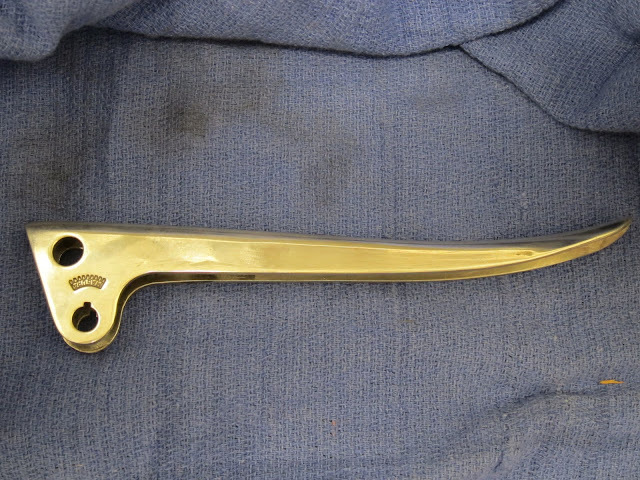 Notice that the tip of the lever comes to a point.  It's actually surprisingly sharp, and one could imaging that in a bad motorcycle accident, especially on the track, the lever could easily impale someone.  Whether or not this actually happened, I have no idea, however by the late 60's, the sanctioning bodies outlawed the use of these blade type levers.

Rather than replace them, enterprising racers would weld a ball onto the end.  Civilian models were changed to add a ball on the end as well.  With the BMW R50 and R60's, the changeover occured somewhere around 1967 or so. 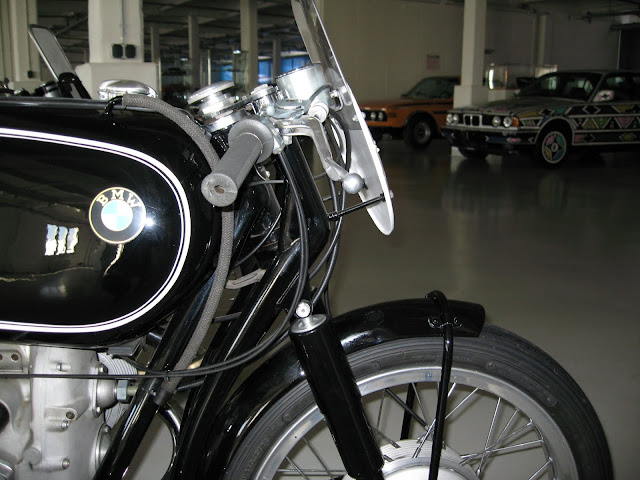