This year (2016) represents the 100th anniversary of BMW as a company.  However, curious to most is that BMW produced neither cars, nor motorcycles, during the companies infancy.  In fact, aircraft manufacturing is what brought together the companies Rapp Motorenwerke and Bayerische Flugzeugwerke (BFw) in 1916.  The marriage of the companies in turn resulted in a  name change to Bayerische Motorenwerke or BMW as we know it today. (1)

The highly recognizable roundel logo was registered as a trademark one year later.  Contrary to popular belief, the background of the roundel with its blue and white checkers is representative of the Bavarian flag, and not an aircraft propeller.  (Click here for blog post discussing the history of the roundel.)

It wasn't until 1923 that BMW produced their first in-house motorcycle, the R32.  Designed by Max Friz, the R32 represents the first model completely designed and built by BMW.  However, the predecessor motor, the M2B15 can be found as the powerplant in several other motorcycles whereby the manufacturer of the chassis turned to BMW to supply the power.  Some examples include Victoria, Helios and Bison.  (Incidentally, examples of all of the these BMW powered machines can be seen at the Motorrad Museum Vorchdorf in Austria.) 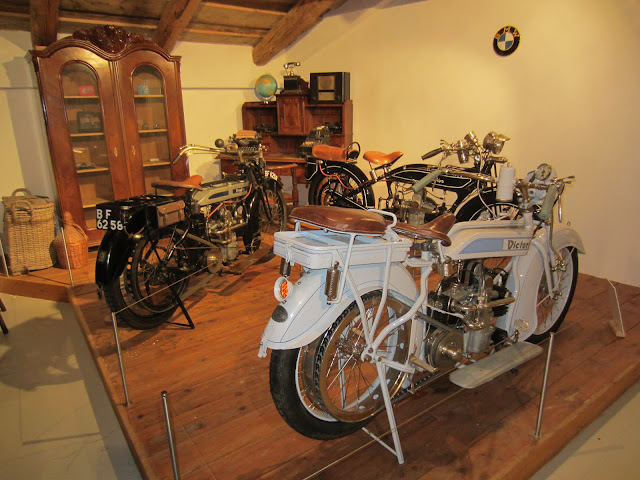 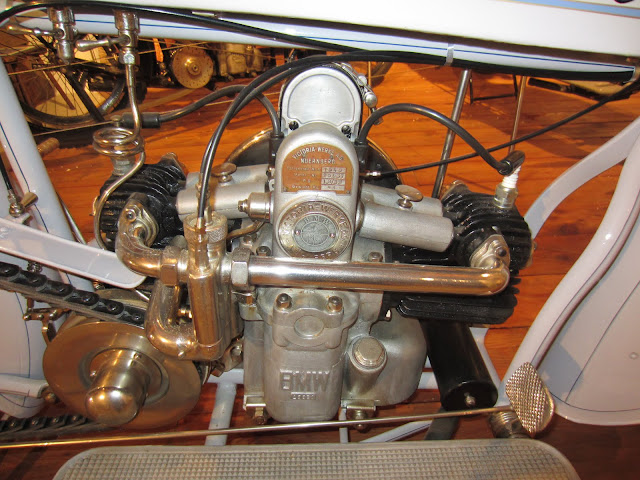 In 1929, six years after the introduction of the R32 motorcycle, BMW acquired the Fahrzeugfabrik Eisenach company.  And henceforth BMW became a car manufacturer as well.

So it is a little surprising today that a company so well known for its cars, did not start out in the auto manufacturing business.  Be that is it may, we will celebrate this year the 100th anniversary of the founding of the company.

Car and motorcycle concours events around the world will showcase the marque.  As one might imagine, special events are planned in Germany.  Of course the BMW Motorrad Days in Garmisch-Partenkirken will be extra special, and will be celebrated July 1-3.  BMW Classic in Munich is also planning a special event September 9-11 that will be held across from BMW Welt at the Munich Olympia Park.

Here in the states, car and motorcycle enthusiasts will congregate on the Monterey peninsula for the Pebble Beach Concours and a week of BMW centered festivities to follow (August 19-26).

Check out celebratebmw.com for a list of events.  The site will continue to be updated as more events are planned.

Finally, the Quail Motorcycle Gathering will also showcase classic BMW's as part of this years event.     I will be back once again to help judge, and I am quite looking forward to an excellent display of Bavarian machinery!

Posted by Scott Williams at 3:51 PM No comments: