This year I was fortunate enough to be invited as one of the judges of the Quail Motorcycle Gathering. 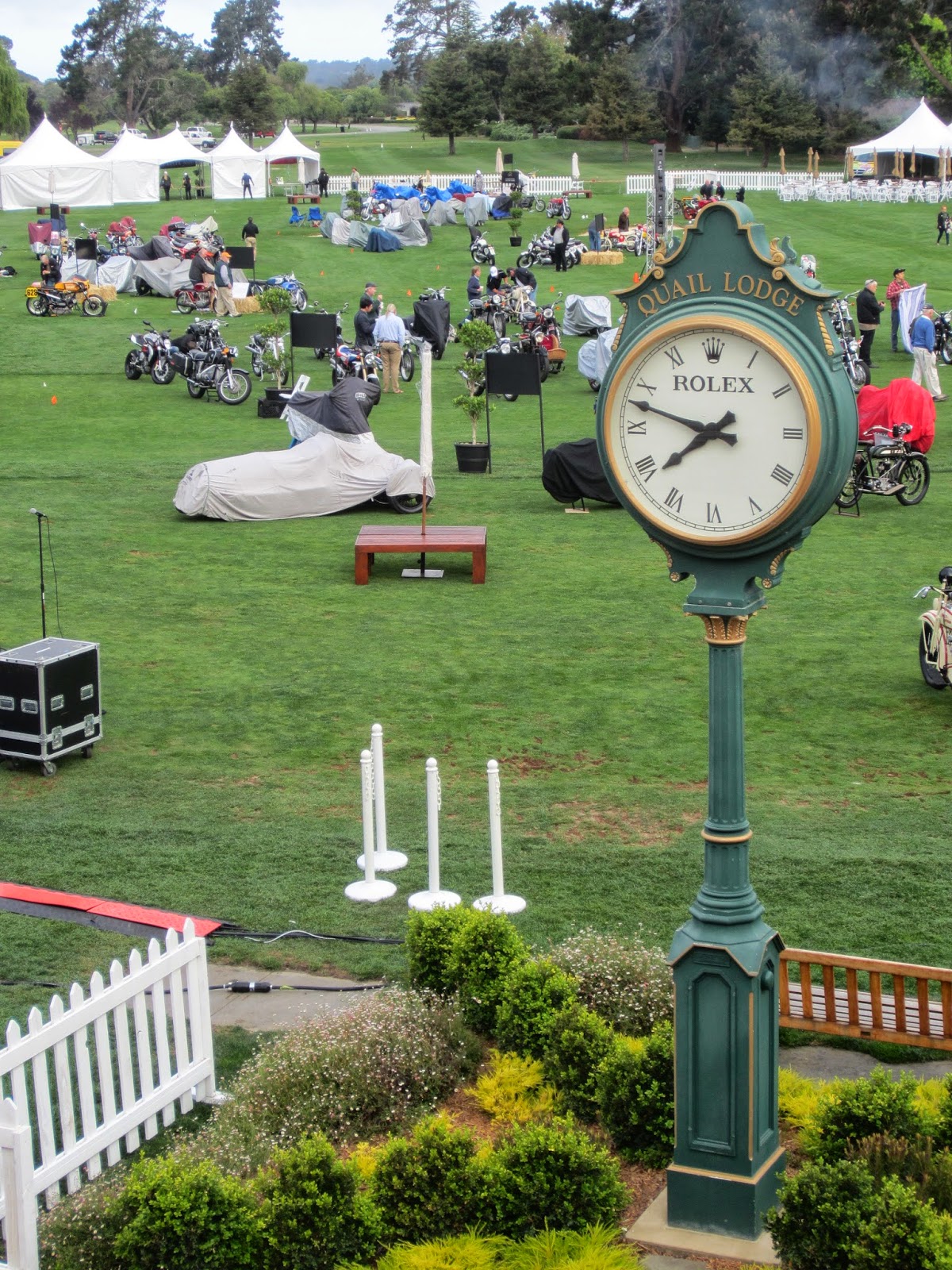 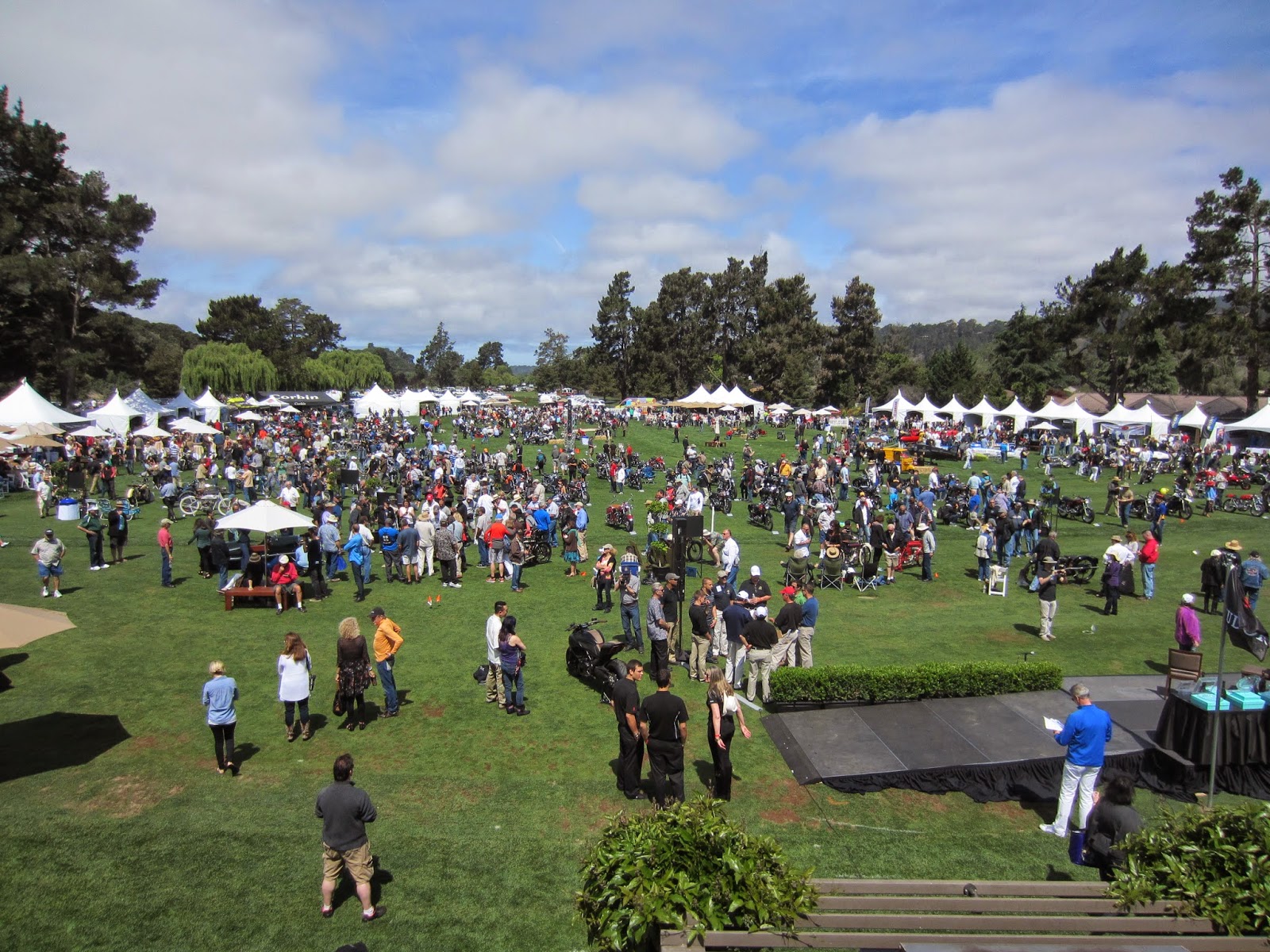 The Quail Motorcycle Gathering is held each year on the wonderful grounds of the Quail Lodge in Carmel, CA.  It is one of the preeminent events on the west coast, and draws entrants and motorcycle fans from around the world.  Now in its sixth year, the show has become a "must see" event on the vintage motorcycle enthusiasts calendar.

The spotlight the year was "100 years of Speed Trials at the Bonneville Salt Flats".  On hand were a phalanx of custom bikes and stream liners built for the singular purpose of high speed.  Arguably the crown jewel of the display was the 1948 land speed record Rollie Free HRD "Bathing Suit" bike.

The bike, so named for the scantily clad pilot, is one of the most important bikes of the 20th century, and the "Holy Grail" of Vincent HRD fans.  It was displayed along a wonderful Jeff Decker bronze made to commemorate the September 13, 1948 feat. 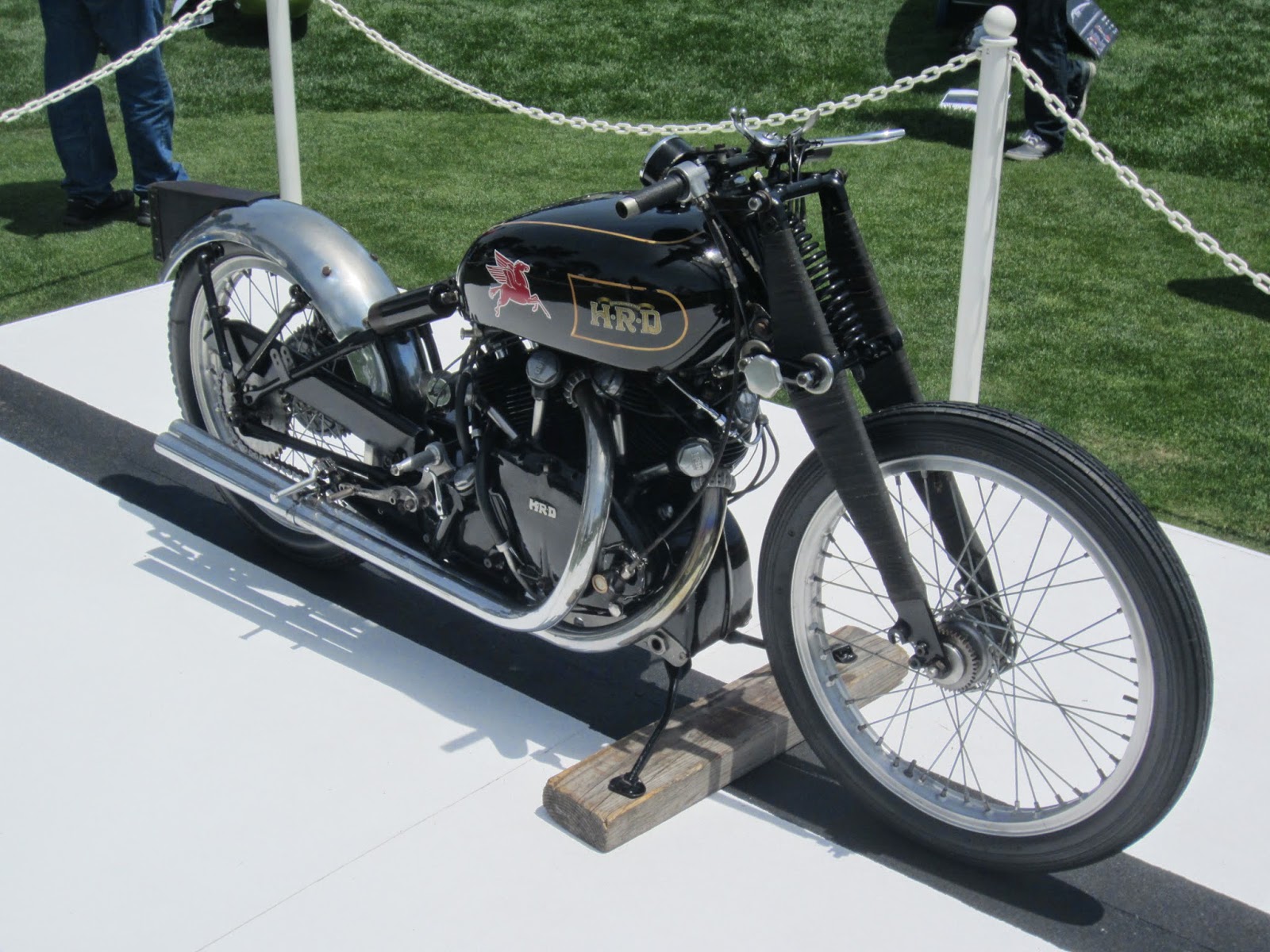 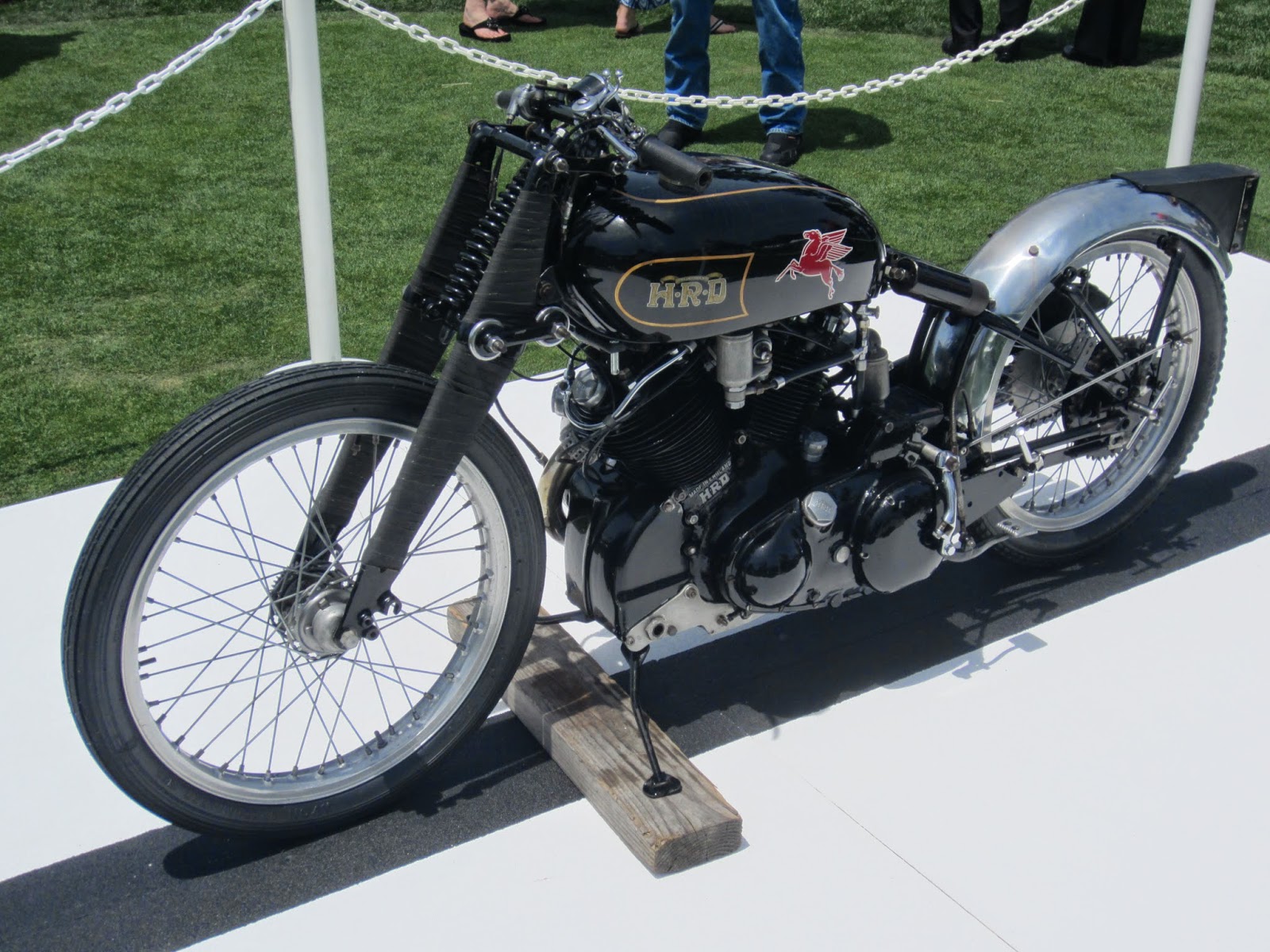 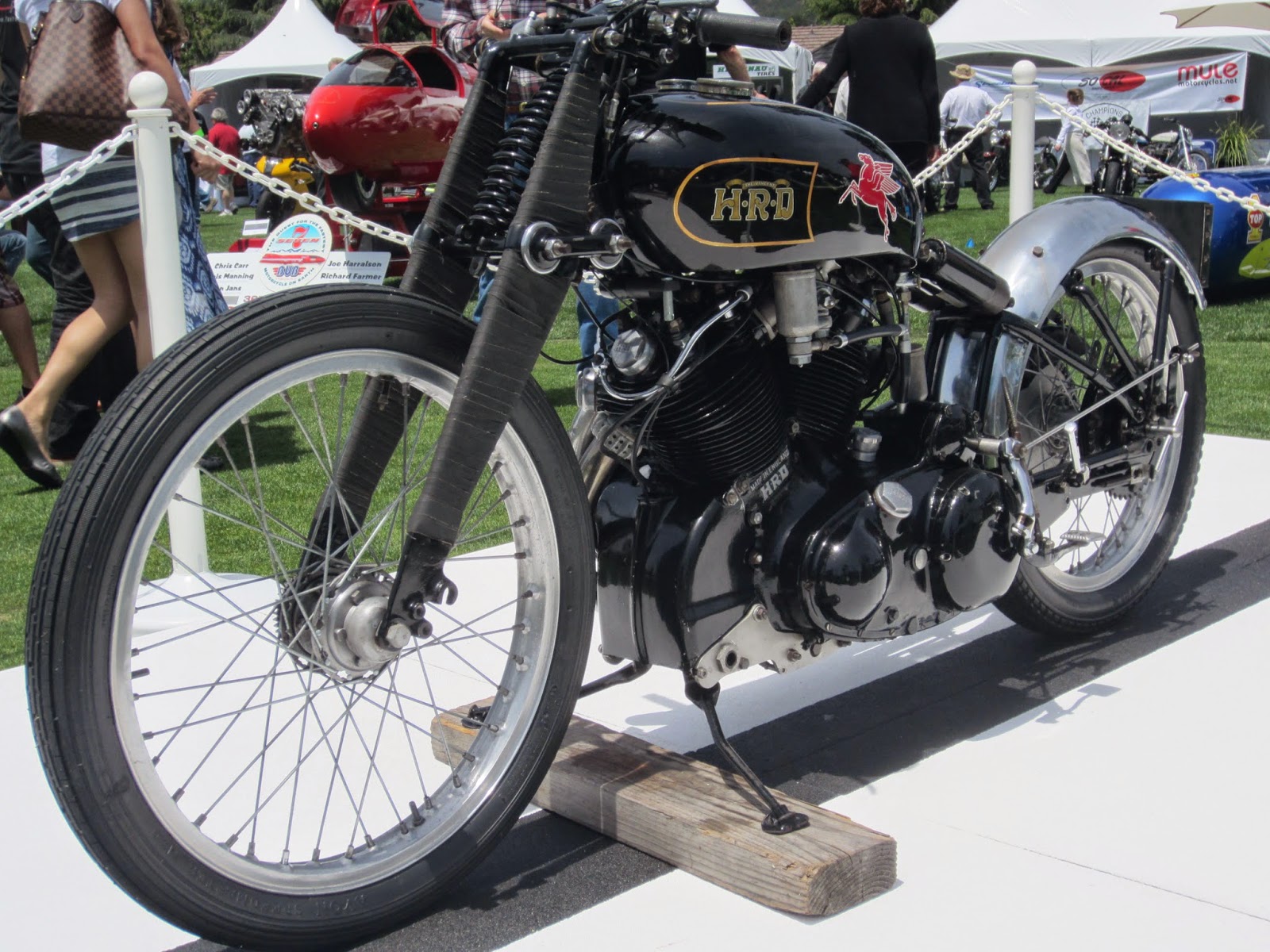 Unfortunately, there were not any historic BMW racing motorcycles on hand for display this year.  While BMW was involved in chasing land speed records, much of the work toward this goal was accomplished prior to World War II, with Hernst Henne piloting Kompressors.

However, there was a nice cross-section of post war BMW civilian bikes on display.  Some riders, some original survivors and some top notch restorations. 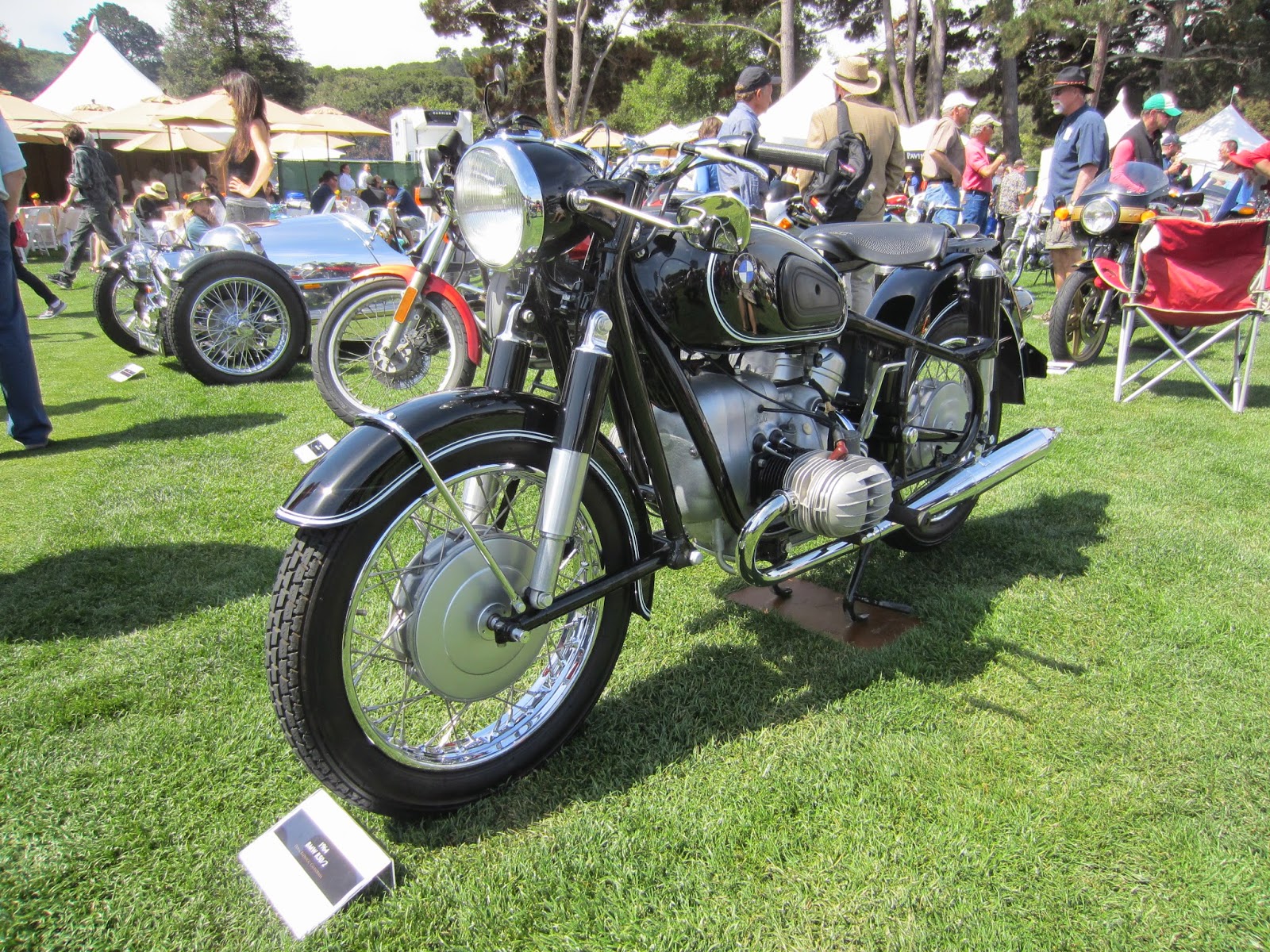 As Tim Stafford was one of my co-judges in the European Class, his wonderful restoration of an R60//2, pictured below, was presented for display only. 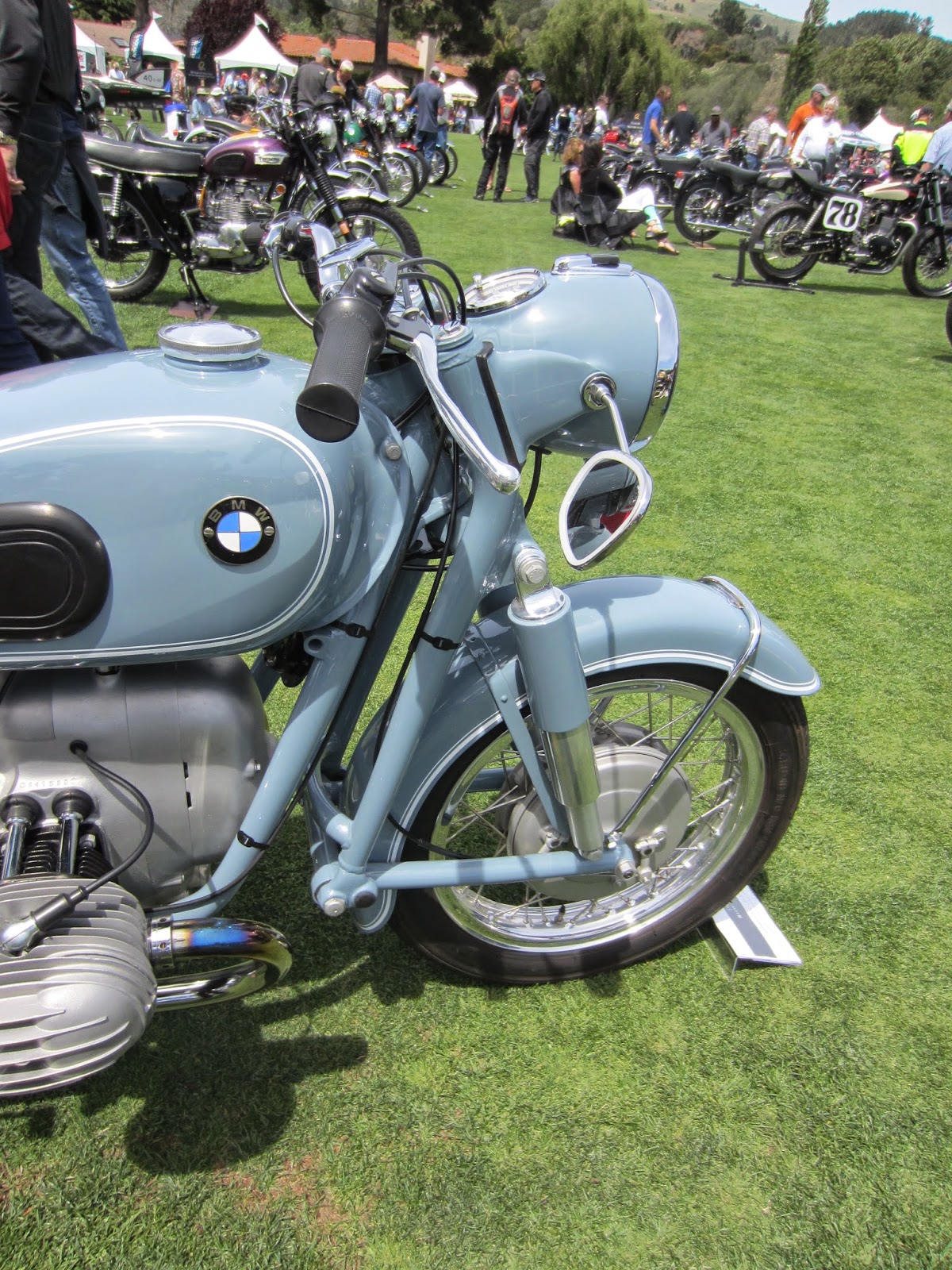 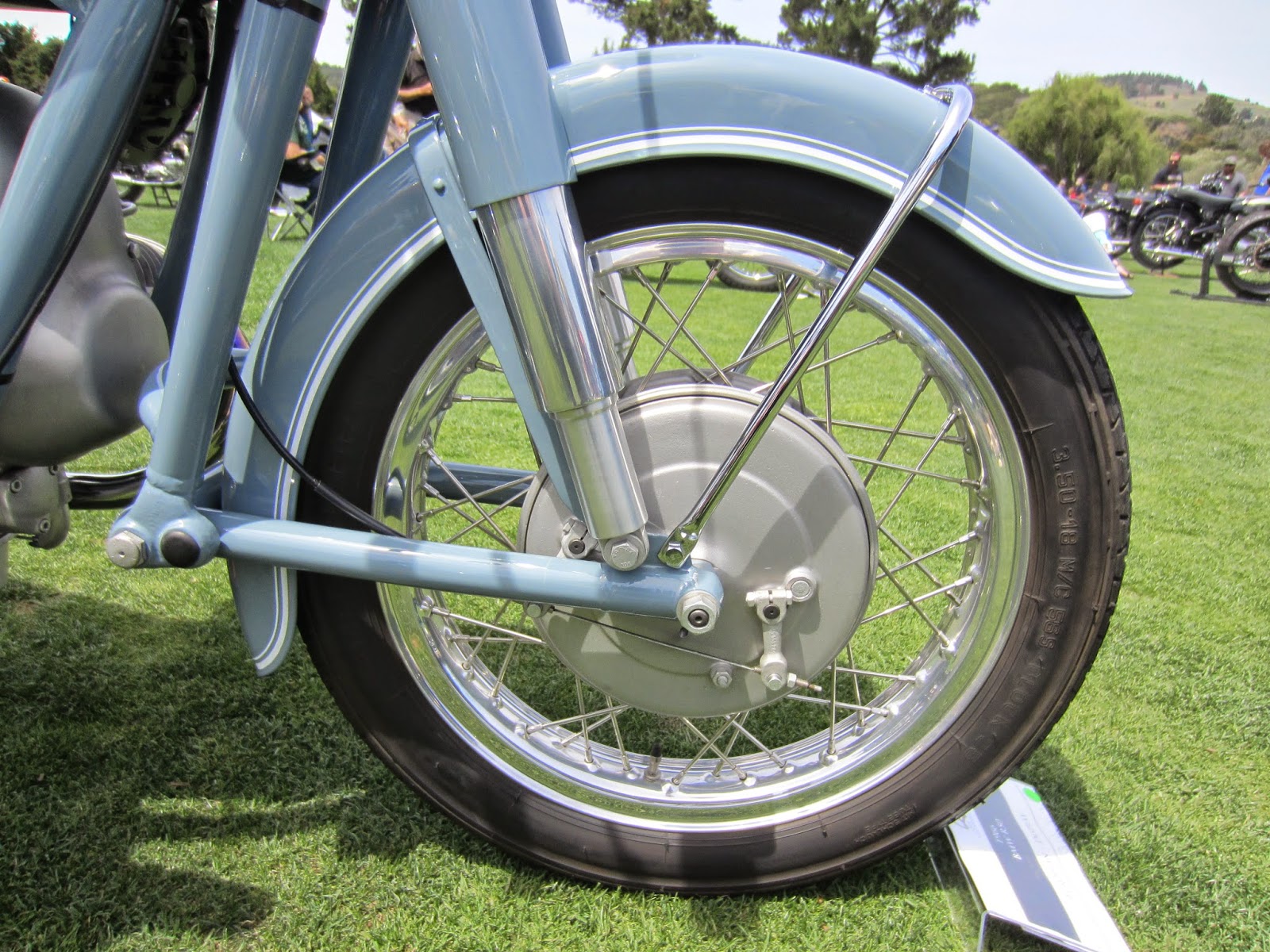 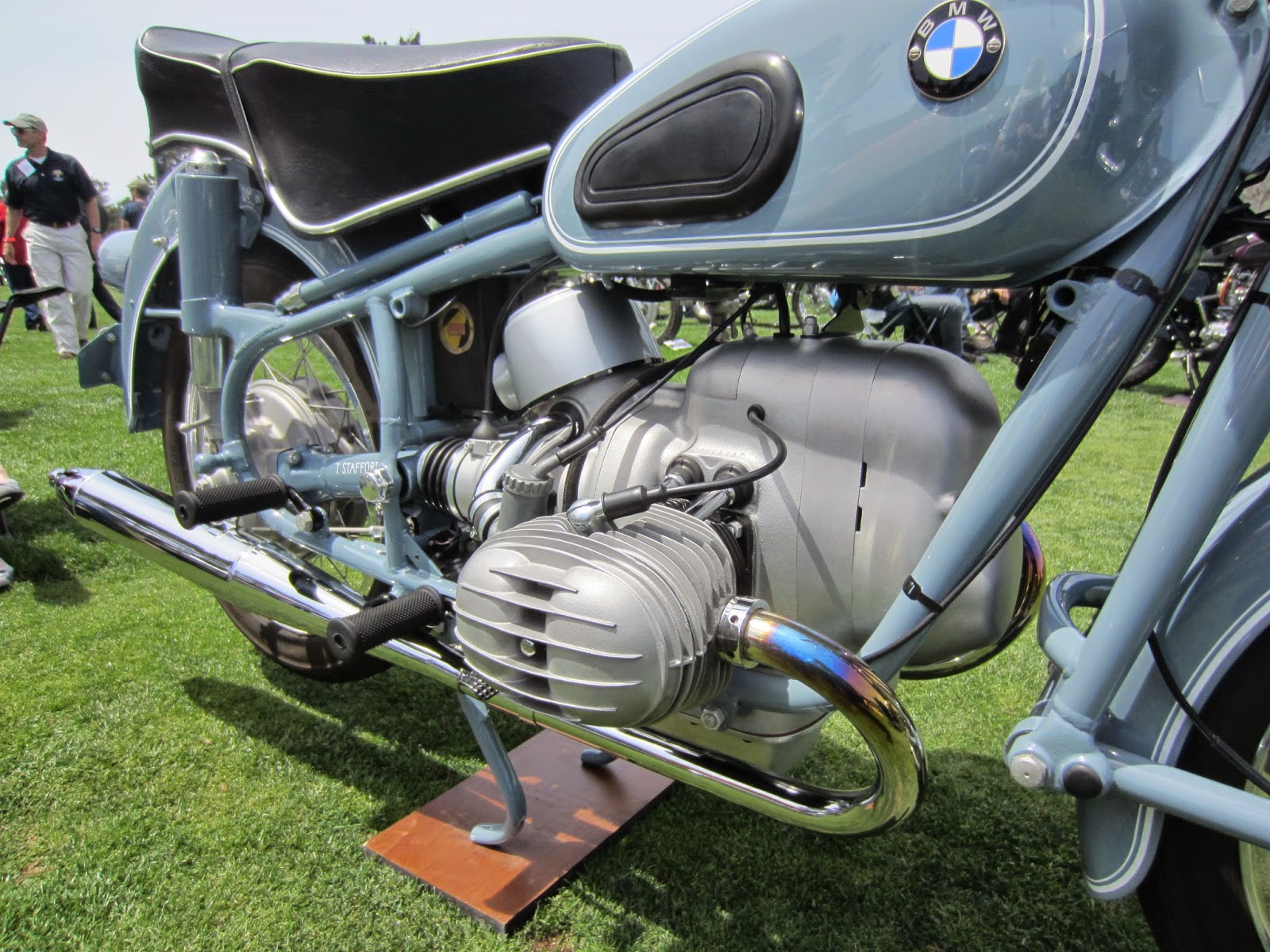 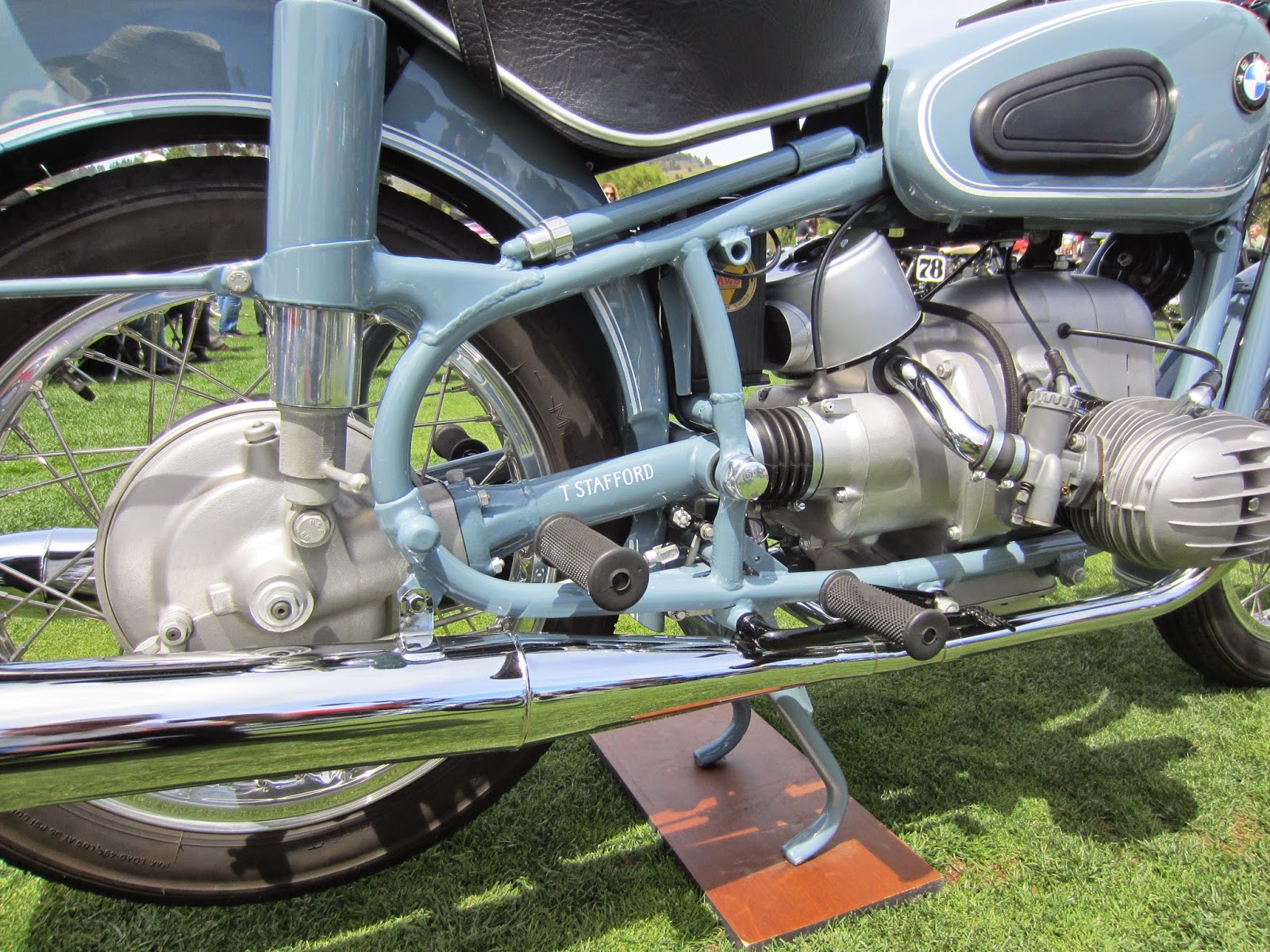 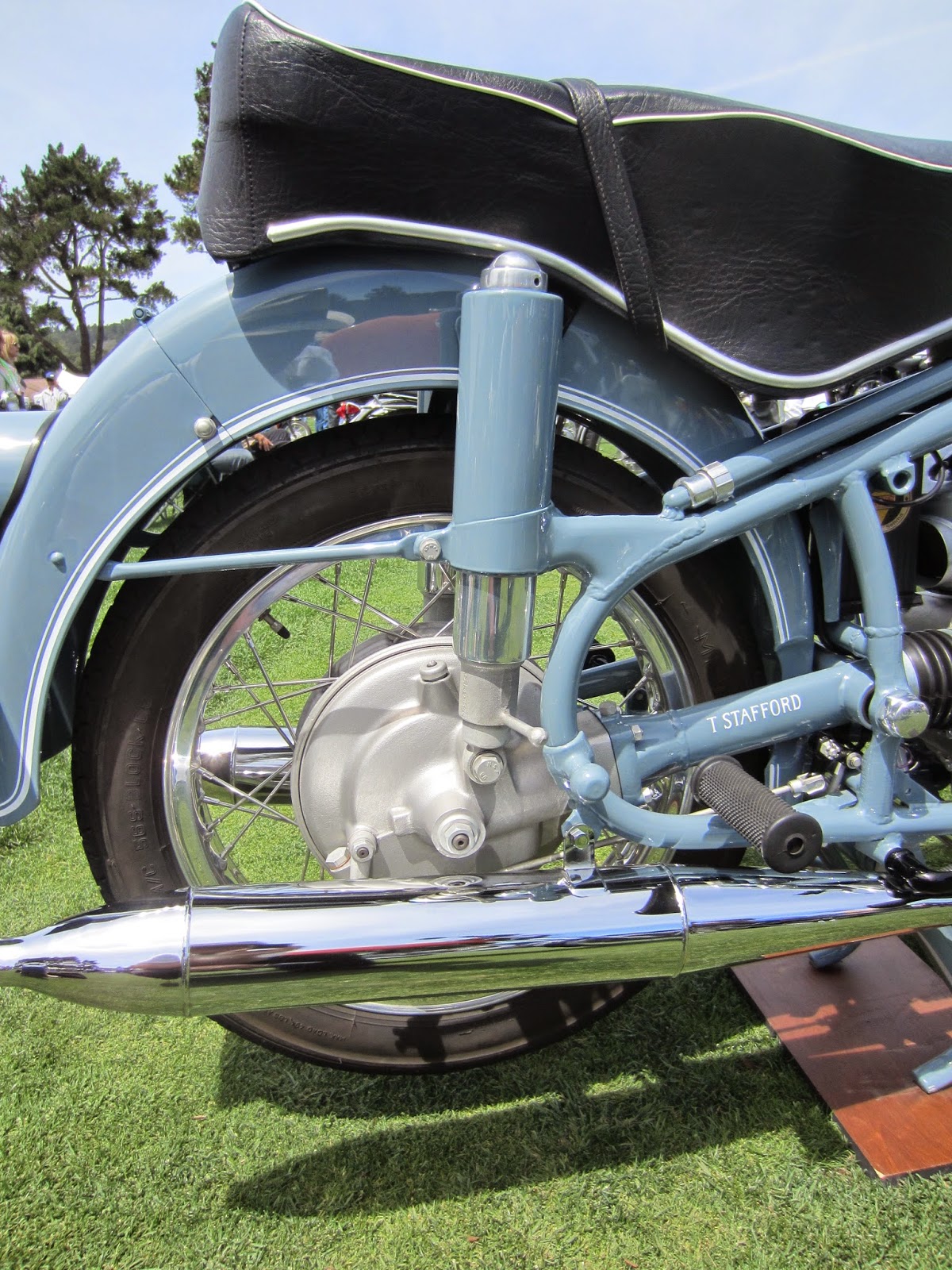 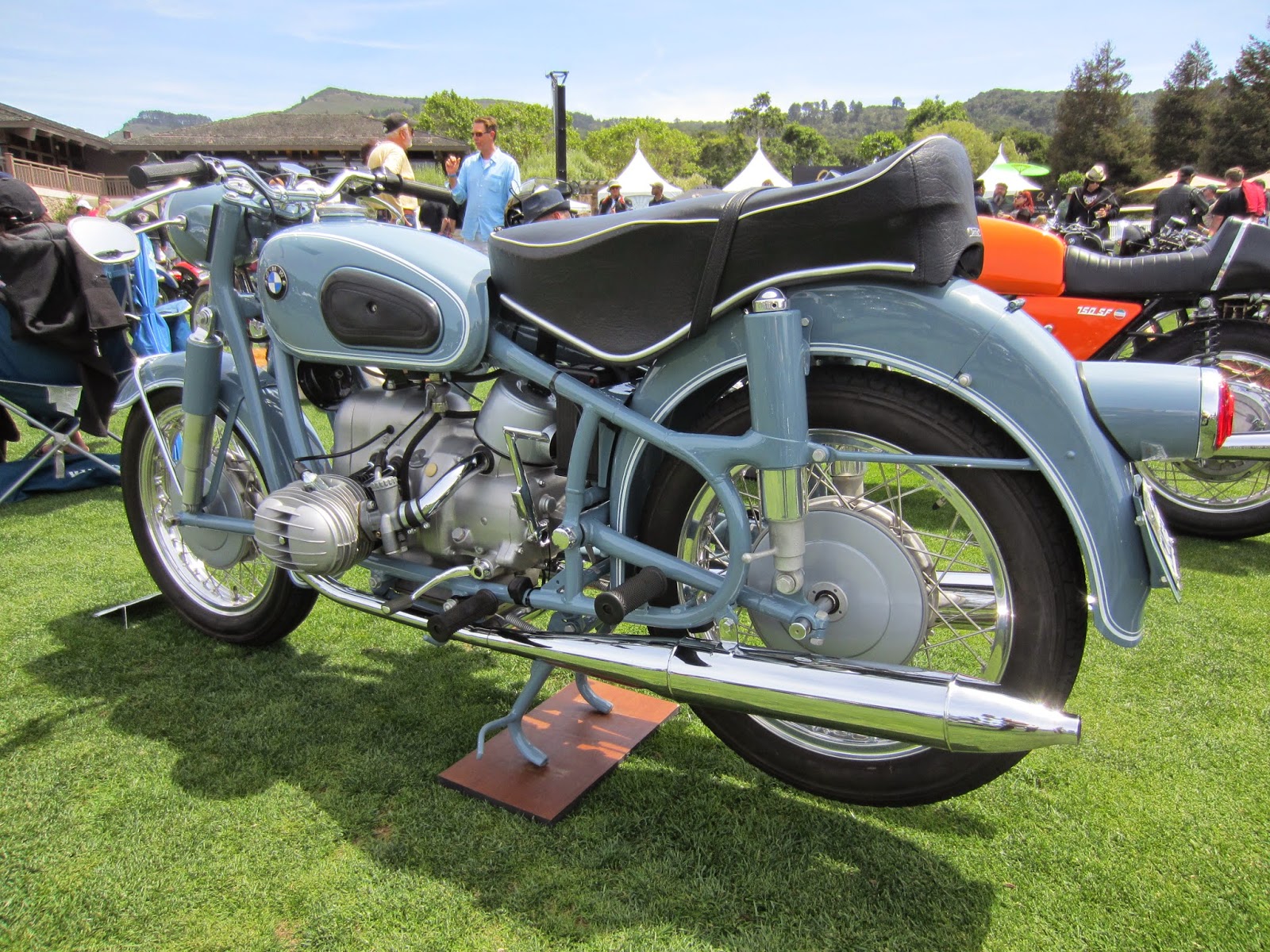 Posted by Scott Williams at 7:59 AM No comments: