As most BMW motorcycle aficionados are aware, the R68 is arguably the most sought after vintage post war production motorcycle.  With it's introduction in 1952, BMW brought onto the motorcycle scene a 600 cc sport bike that would do over 100 mph off the show room floor.

Produced in relatively small numbers (total production for 3 years was 1,452), the model was discontinued, or rather evolved with the introduction of the R69 in 1955. While the R69 motor was more or less maintened in its original form from the R68, a new gearbox was fitted, finally doing away with the auxillary hand shaft on the starboard side.   The chassis was significantly overhauled to include the Earles fork front end and hydraulic dampers in place of spring-only rear suspension.

When the R68 originally came out in 1952, there was no owners manual specific to the bike.  As such the owner was given a manual for the R51/3 and R67/2, along with a cardboard fold out supplement specific to the R68. This changed late in the production run when a proper hardbound R68 manual was printed.

The paper "supplements" are extremely rare.  The photo below depicts the English and German versions.  I have included photos of all of the pages from the English version.

If there is interest, I may be persuaded to invest more time in making proper digital scans. In the meantime, enjoy the photos. 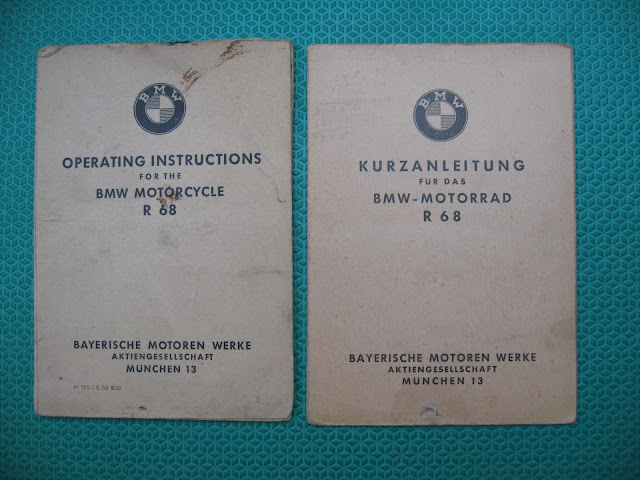 The "Operating Instructions for the BMW Motorcycle R68" outlined all of the specifics that were unique as compare to the R51/3 or R67/2. 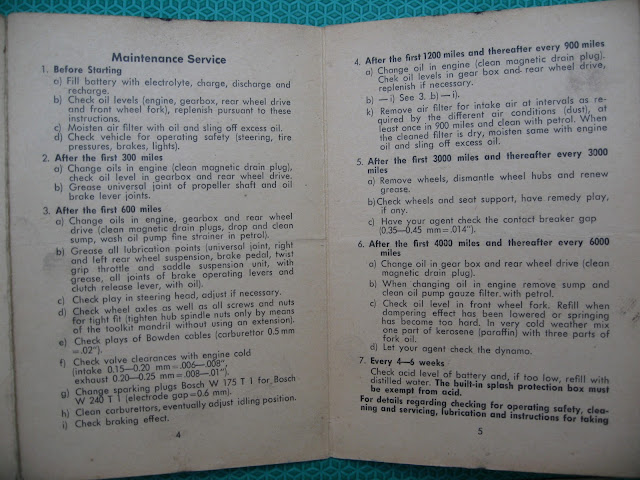 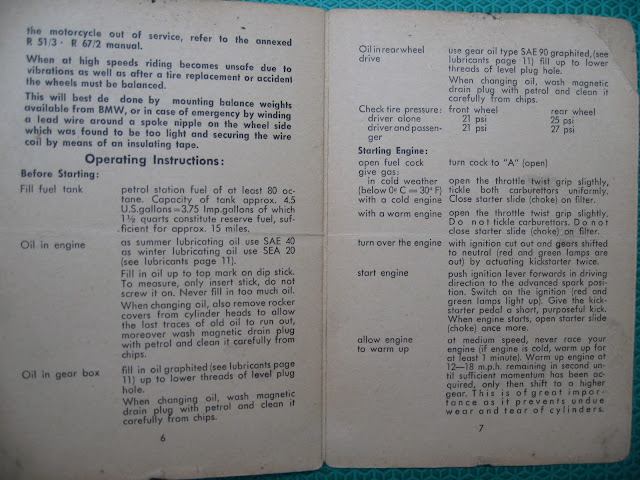 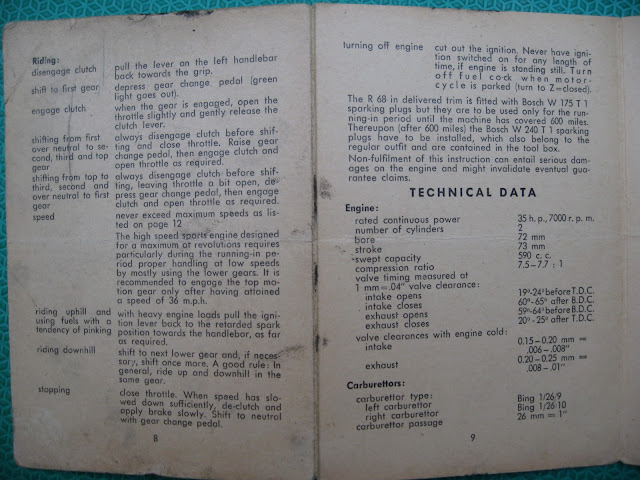 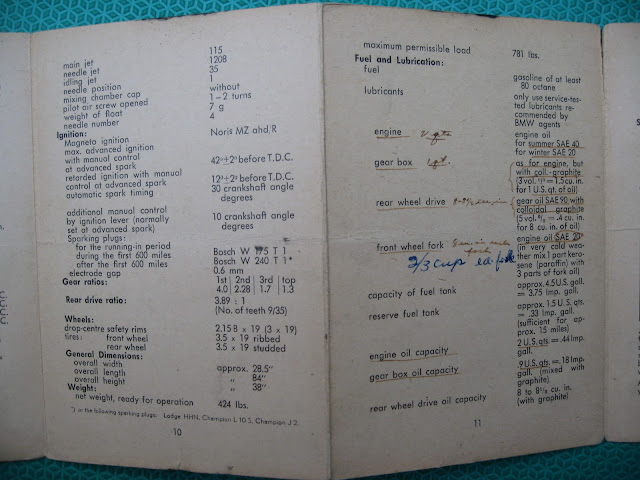 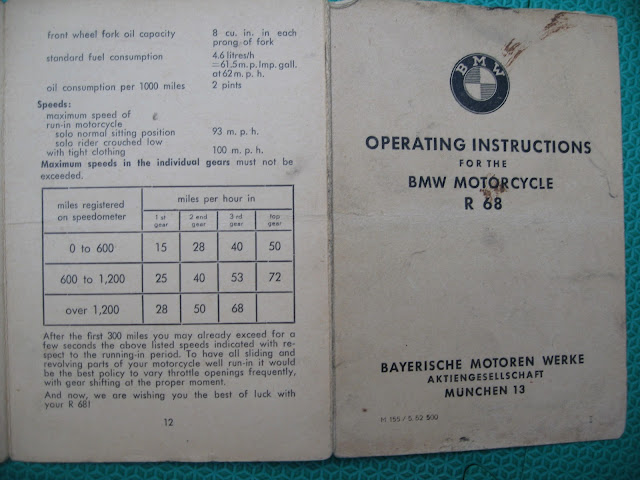